Kaspersky Internet Security - I have this to cover the Lamas Equipment and the Lamas Junior Devices.

I have been spammed over the weekend by Kaspersky asking me to renew as my subscription is about to expire.

Its true it is about to expire.

In the email they were offering me 70% off the price.  Not unrealistic, the price of a new licence on Amazon is only a pound or so more.

I first tried this renewal on Friday when I got the first email.  It would not go to the correct page and on closer inspection it had an incorrect date.  I received a further email on Sunday and again on Monday morning.  Each time the deadline date was incorrect and it would not work on my PC.  I was just getting the Aww Snap page.

Now as an additional thing, there was a notification on my PC that it was time to renew.
With Mondays email I thought will this now work they are back in the office, perhaps if this was an error they have fixed it.

It worked on my phone.  I was about to enter PayPal details and I thought, wait a minute, try the PC again to be certain that this is what it should be and not some elaborate and clever scam to get all the information off my phone and drain my account!

On the PC it did not work and I know that scams are not usually elaborate or clever.


I even tried calling the number on the website, but that was not really Kaspersky, that was for Digital River acting on their behalf.  So they could not help me.  He kindly offered 50% off my renewal today, when I explained the situation, but I declined.  My reason ? I needed a moment to gather my thoughts and decide what I should do.  Obviously the Network Manager was consulted (quizzed extensively about what he thought was happening and whether he thought it was a scam and and and….) 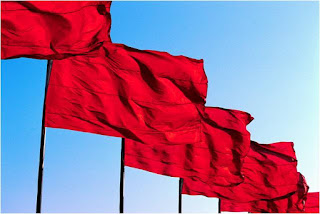 There were several red flags up to this point.

I honestly can’t say whether these emails were real or a scam.  But I do not want to take the chance.  I will wander round Amazon later today and purchase another licence and to heck with their spammy emails and renewal.  For a couple of quid it is just not worth it.