I took one of the little Lamas to the ballet yesterday.  It was her introduction the ballet.  The Nutcracker by the Russian State Ballet.  It was good and she enjoyed it.

I might think twice about getting seats in the upper circle! wow - made me feel a bit wobbly there for a while, because it was so high up.  We got there early so we got some magazines to read while we waited.

Little Lamas got a Moshi Monsters mag and I got a computer magazine!  The only reason I bought a computer mag was because it had, not surprisingly, quite a bit about Windows 10.

Microsoft have issued a Technical Preview of Windows 10 and I thought it might be a good idea to have a look.

I personally don't care what they call it.  I have no issue with them missing out Windows 9 or giving it a name like Windows "I hope we did a bit better this time" it makes no odds to me.

I am going to take a look at the tech preview and see what I think.

I enjoyed my extra hour this morning and was quite pleased that I slept in and the other little Lamas was not late for Rugby training.

The new laptop is good. I have my favourites back in Firefox and the applications are slowly returning.  My only issue is the track pad and gestures - I can't remember what they all do!

Enjoy the rest of your weekend and Happy Half Term!

Email ThisBlogThis!Share to TwitterShare to FacebookShare to Pinterest
Labels: Windows

Following the sad demise of my faithful and trusty old laptop last week, I had the pleasure of receiving my new one today.

It is very nice with an actual numeric keypad!  HDMI, USB 3, WebCam, Loads of Ram, and a Large HD, i3 processor, DVDRW

I purposely bought a laptop with Windows 8.1 Pro on it.  (If you know me you will know that I am not a fan of Windows 8.)  The Pro in the title means that I can use the same COA to downgrade back to Windows 7.

Its all shiny and new.  The keyboard is nice and springy.  The display is clear and crisp.
The trackpad is going to take a little getting used to.

I am getting the usual applications installed. AV, firewall, Anti-malware. Belt, Braces... Getting it connected to all the stuff in the house.

Its quiet.  It's been running for a while and it feels cool to the touch.

The only thing I really miss is how my old one was set up.  The applications that I used all the time were there.  The Favourites, screen saver, the applications that I used very little but were an important part of it all because there was one that managed to retrieve all the photos from our trip, (when they were all accidentally erased from the SD card!)  when the other data retrieval apps that I have on the desktops, which I may add I paid a licence fee for, were not able to get the photos back.
There is also another one that sorts out partitioning which again I can't remember what it is called.

That, however is a job for tomorrow.  The old laptop had RAM and motherboard issues.  I did not loose any data. Its all backed up anyway.

In the last week I think that the PCs and Laptops at Lamas HQ have been infested by aliens or zombies or something.

One laptop has died an unrecoverable death.  It is quite sad because that laptop has been with me for a while, been upgraded, OS and hardware, and was working quite well.

I have ordered myself a new one.

One of the desktops decided to have an unrecoverable windows error.  Which was solved with a simple system restore and then there is the Lamas Network Managers devices.
His laptop is not very old.  However, it has had some hiccups in its time.  There was the incident of the tea.  Laptops are not very british in their approach to tea - not overly fond of it!

The only real result of this was a permanent failure of some of the keys ie it will only work on certain letters and the backspace is useless.  MSConfig types as MSonfg - which is next to useless when troubleshooting it! Which I do a lot of.

It other issues were that it kept switching itself off and, when it was working, it sounded like a jet engine getting ready to take off within a few minutes of booting.

I have spent quite some time trying to address the issues. To seemingly no avail.
Until today...

It is sitting behind me as I type this and I can actually hear my own PC running. It is running quite silently - no it has not switched off (turns round again to check - yes it it still on!)

This was the problem: 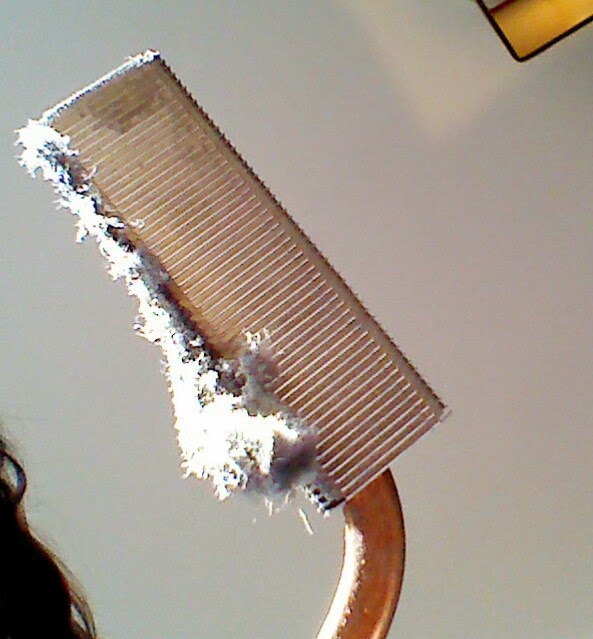 The other device was his phone.  It met the floor at high speed and cracked.

Back in November last year I blogged about the AV security that had been included in a magazine.
It was a 6 month subscription to the paid for Panda Anti Virus.

I ended up removing this from the PC as the parental control settings on it were not quite right for our family.

The little Lamas are now both 8 and love playing online games, Panda security needed to be set as high as about age 17 to ensure that they had access to the Lego site.  It caused more issues in the family than it was worth so it got uninstalled.

I also had a 12 month Subscription to Bitdefender on my laptop.  My laptop is not the newest on the planet but it works.  I found that on my older system it is too resource heavy.
It makes you set a user password, which in my case I feel is unnecessary but if you have security concerns its a good thing.
I found that the update, which was attempted every day, never actually worked and therefore, gave an error every day.  It seemed to take an age to do a scan and slowed the laptop down even more.

Since I have uninstalled it I have found that the PC works faster, even with an alternative Antivirus installed.

So for now we are sticking with Avast.
Enjoy your weekend

It has been busy here at Lamas HQ.

I spent last weekend with Lamas Dog at a training centre learning about dog psychology and behaviour.  (I can sort out a PC, easy! But when it comes to dogs...)

I have also noticed that repairs seem to come in cycles.  A while back I repaired several Desktops with power supply issues, over the summer it has been Windows 7 upgrades, in the last few weeks it has been screen replacements, both laptop and phone.

We all have our favourite Antivirus.   My allegiance has changed in the last couple of months from a well know free AV to Avast.  The reason for this is that it seems more lightweight on system resource that the other one I was using.  The only thing I don't like is the fact that Avast really likes a chat.  It likes to tell you (loudly!) what it is doing all of the time.  It usually takes me by surprise!

I had to find the procedure for turning off the voice because it (to me) is not evident.

So, if it will be of any help to anyone else here it is:
It will also be of assistance when I am out and about - I can just check my own blog and there are the instructions. At least someone is reading it!

From the Avast User interface

Select Settings from the bottom of the list on the left hand side.

Scroll down to the section SOUNDS.

Uncheck the Voiceovers box and it will stop all the chatter! but you will still get the warning beeps on the events described above.